On November 18, 2015, Egg Farmers of Alberta was named the winner of Canadian Poultry’s 2015 Sustainability Award!  This achievement is an incredible honour for everyone at EFA, and was made possible thanks to the passion, hard work and commitment of the province’s more than 160 registered egg farmers. 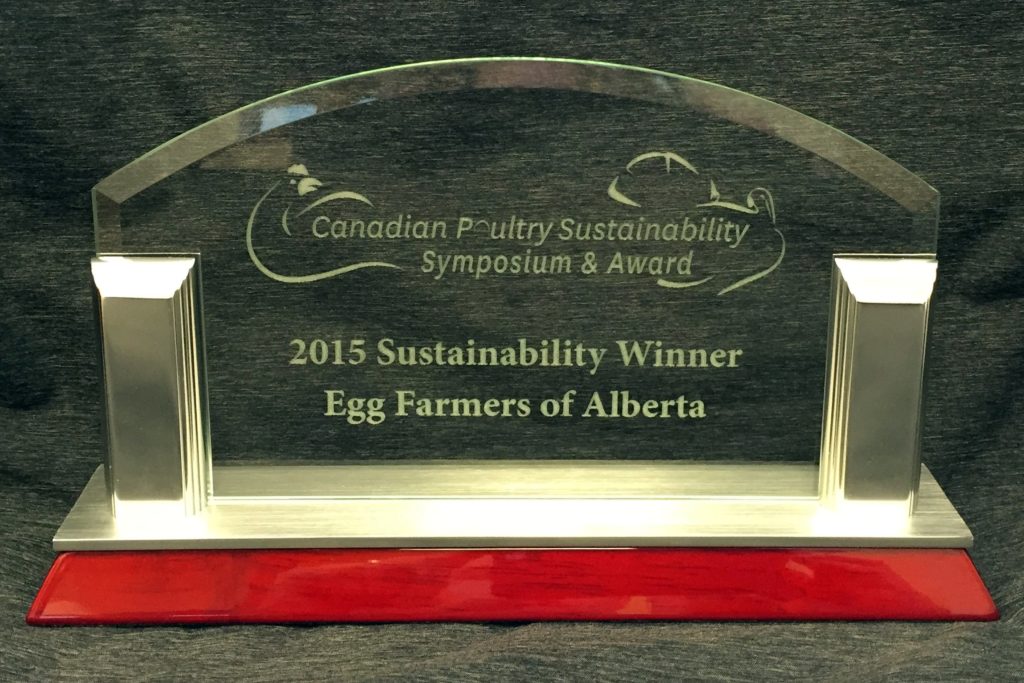 Jenna Griffin, EFA’s Industry Development Officer, proudly accepted the award on behalf of EFA.  Griffin was thrilled to accept the award at the Canadian Poultry Sustainability Symposium in London, Ontario, where she was also one of the six keynote speakers.

Canadian Poultry indicated that Egg Farmers of Alberta won the prestigious award as a result of being a true pioneer of sustainability in Canada’s poultry industry.  EFA was the first commodity organization to implement an on-farm environmental program (Producer Environmental Egg Program (PEEP) – 2014), and the first to publish a corporate sustainability report (Sustainability Report – 2015).

On behalf of the EFA Board of Directors and staff, as well as the entire Alberta egg industry, we would like to thank Canadian Poultry for recognizing our initiatives in the area of sustainability, and for honoring EFA with their 2015 Sustainability Award!