Egg Farmers of Alberta (EFA) presented Alberta Food Banks with a cheque for $30,000, in a ceremony hosted by the Leduc & District Food Bank on January 13th, to celebrate the donation made as part of EFA’s 2014 social responsibility program.  The donation will enable Alberta Food Banks to order more than 12,000 dozen eggs for their network of food banks across the province!

“Egg Farmers of Alberta recently adopted a new vision statement, which is ‘healthy food, healthy farms, healthy families,’” said Susan Gal, General Manager of EFA.  “An initiative such as this definitely illustrates the commitment of our staff, Board and farmers to aspire to our new vision statement each and every day.  We are thrilled to be able to give back to the community!”

Alberta’s more than 160 egg farming families are proud to provide Albertans with fresh, high quality, locally produced eggs. EFA has partnered with Sparks Eggs to help facilitate the ordering and delivery of eggs.  Projects like this one, which was funded in part by Egg Farmers of Canada’s Egg Farmers Give Back program, allow the province’s egg farmers to give back to the communities they call home and provide even more Alberta families with nutritious, versatile eggs.

“Nearly half of those served by the food banks are children,” noted Muneer Gilani, EFA Director and representative of Sparks Eggs.  “Our donation means that some of these children will be able to access a nutritious breakfast just as we would want for our own families.”

“This substantial donation to support food banks in Alberta is incredibly generous. With these funds our provincial association will ensure a steady supply of eggs for our member food banks,” said Stephanie Rigby, Executive Director of Alberta Food Banks.  “Many smaller or rural food banks do not have a consistent supply of eggs to provide to their clients and this donation helps us help them support the most vulnerable in their community.” 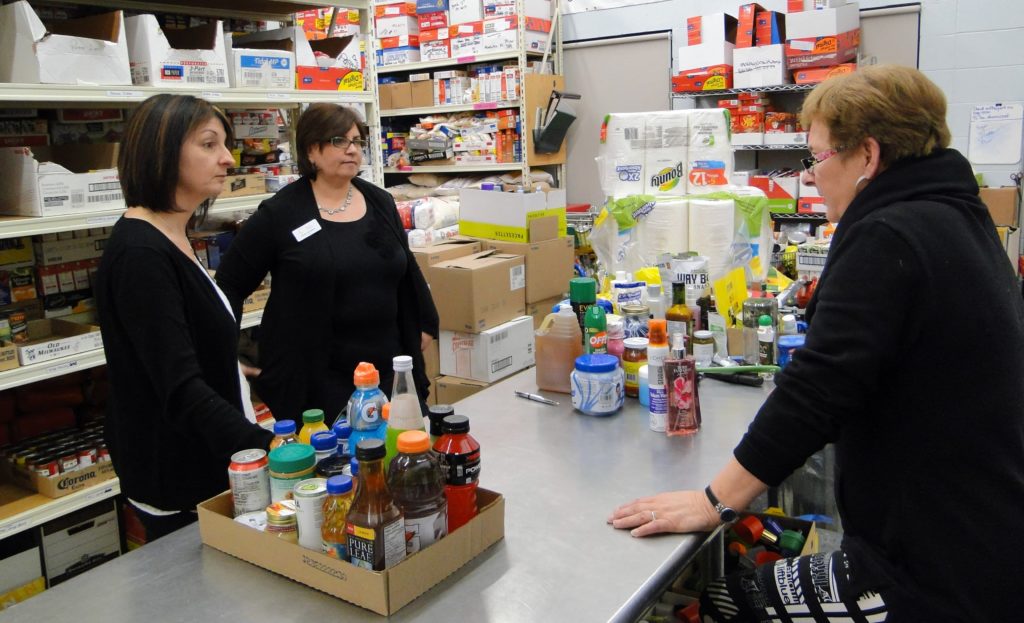 Gert Reynar, Executive Director of the Leduc & District Food Bank, gave EFA representatives a tour of the facility, explaining how she and her dedicated volunteers are able to provide food to more than 100 families each month.

It was an eye-opening experience for Susan Schafers, Chair of the EFA Board of Directors. “I’m impressed with the variety of ways that the food banks are expanding and enhancing their community outreach.  What they do goes far beyond just providing their clients with food.”

Alberta Food Banks is the provincial association of food banks in Alberta, with 60 members throughout the province. AFB’s mission is to advance the vital role, capacity and voice of Alberta’s food banks through advocacy, educational and networking opportunities, and exceptional member services.  AFB’s vision is “a thriving network of food banks working collectively to alleviate hunger across Alberta”.  Visit www.albertafoodbanks.org for more information and to learn how you can help!

According to the 2014 Alberta HungerCount report, there were 49,766 people that were helped by a food bank in March 2014, which was about a 2% increase from the previous year. Nearly half (48.7%) of the food banks in Alberta reported an increase in usage in 2014, with 42.9% of those helped being children.