July 28, 2016 (Calgary, AB) – Egg Farmers of Alberta (EFA) was thrilled to host more than 40 distinguished guests at Brant Colony on Monday, July 25, for the grand opening of the Canadian egg industry’s first net-zero layer barn. Brant Colony’s egg manager, Darrel Mandel, lead the group – including the Honourable Oneil Carlier, Minister of Agriculture and Forestry, MLA David Schneider, and a variety of egg industry stakeholders – on a tour of the barn, highlighting the innovative technology that was integrated into the design and construction of the facility. 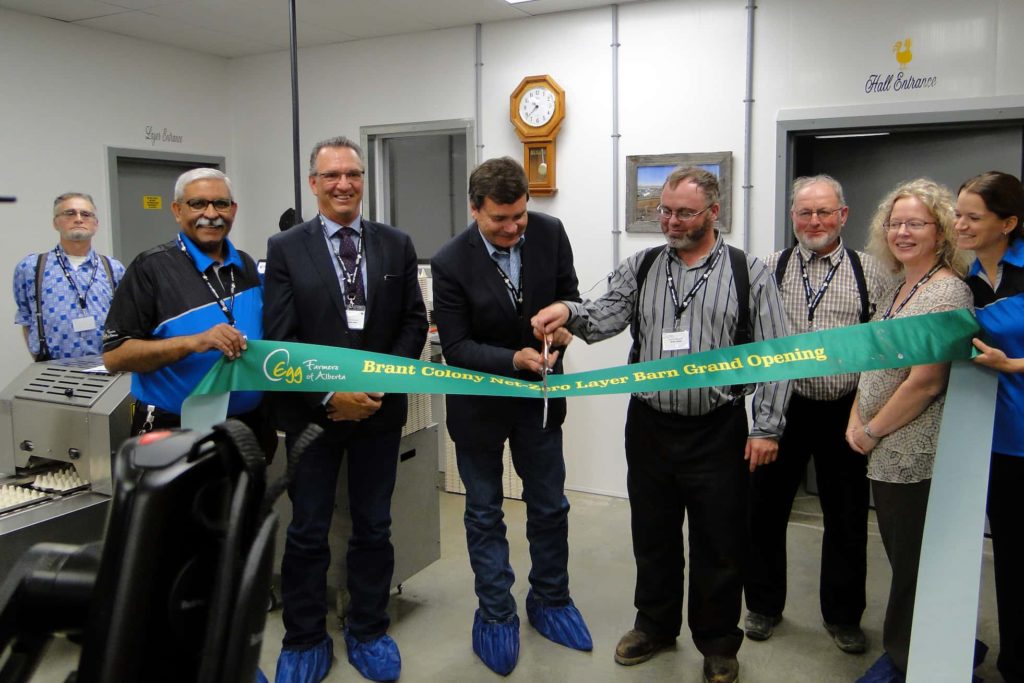 “Brant Colony has demonstrated tremendous leadership within the egg industry,” says EFA General Manager Susan Gal. “Their passion for building an egg barn that incorporates a variety of innovations and leading edge technology, in terms of environmentally responsible farming best practices, is matched only by their commitment to open their barn and share the net-zero data with their fellow egg farmers.”

In 2014, Egg Farmers of Alberta laid the foundation for a progressive and ambitious project, to design and build a net-zero egg barn. EFA partnered with Alberta Agriculture and Forestry, secured funding from Growing Forward 2 to help make the project possible, completed a feasibility study, and selected an egg farmer to work with. In April of 2015, the foundation of the industry’s first net-zero egg barn was poured at Brant Colony.

The official grand opening was the culmination of two years’ worth of hard work, dedication, collaboration, and a vision to build a sustainable provincial egg industry. The goal of the project is for the facility to be balanced in terms of its energy inputs and outputs, in order to achieve net-zero. Over a given year, the facility will strive to produce enough power through renewable systems to offset power supplied to it by conventional fossil fuels. 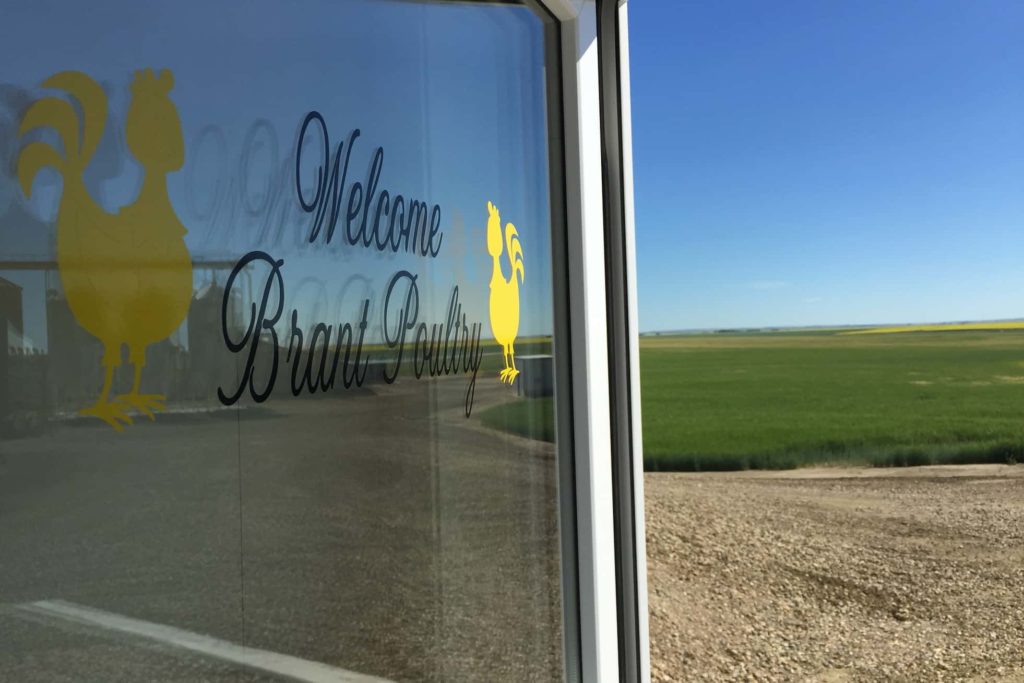