With consumers being more interested than ever before about the food they eat and feed their families, as well as where it comes from and how it was produced, Alberta egg farmers – Egg Ambassadors – are creating new opportunities to engage Albertans.  Over the past two years, Egg Ambassadors have been appearing in grocery stores across Alberta to talk to consumers about eggs and egg farming, while answering any questions these grocery stores shoppers had for them. 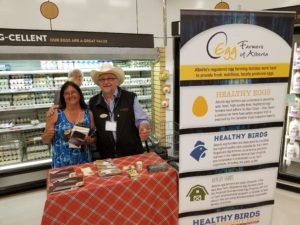 Last summer, 16 Egg Ambassadors appeared in 15 Save-on Foods stores all over the province.  There was tremendously positive feedback from all the farmers, store managers and consumers, who were excited to meet a real local egg farmer and have their questions answered. 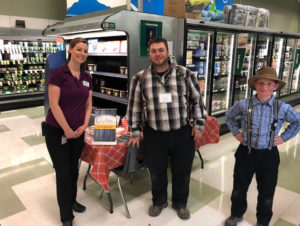 EFA’s partnership with Save-on Foods has continued again this year, building off of last year’s success.  Egg Ambassadors appeared in 3 stores in August and another 4 stores in September.  It is a lot of fun for the farmers to get out and meet the people who enjoy eating the nutritious eggs they are proud to provide.  Store managers enjoy giving their loyal shoppers the opportunity to talk directly with the local farmers who supply the fresh, locally produced food. 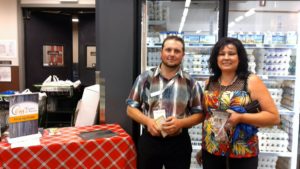 This year, World Egg Day is on Friday, October 12.  More than 50 egg farmers all across Canada will be appearing in more than 60 grocery stores from coast to coast to coast, including 7 locations here in Alberta.  That afternoon, EFA Egg Ambassadors will be at grocery stores in Edmonton, Calgary, Okotoks and Lethbridge – watch our social media channels for exact locations! 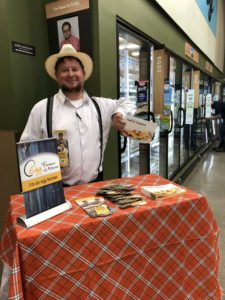 We hope you’ll join us on World Egg Day at a grocery store near you, to enjoy a fresh, nutritious and delicious egg, and celebrate the more than 1,000 egg farming families across the nation (more than 170 in Alberta) who are proud to provide their fellow Canadians with fresh, local eggs every day!